Thank you to everyone who chimed in with their two cents on my lighting conundrum. The good news is that the lighting decisions have all been made and everything’s been installed! Of course, there were quite a few departures from my original post.  But first, how about the ones that we stuck with, the outdoor lights: 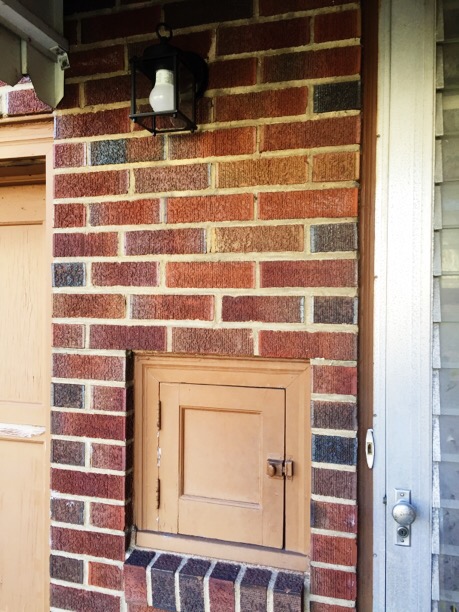 And now the rest . . . All different from what I had originally posted about, but sometimes that’s just what happens. First, the kitchen pendant. I decided to buy the West Elm globe pendant but when I tried to get it online, I found out it was back-ordered until June! Womp, womp.  But the good news is I found this one on Amazon for much cheaper ($47.99 instead of $99):

And then the sunroom. Also a last minute Amazon purchase: 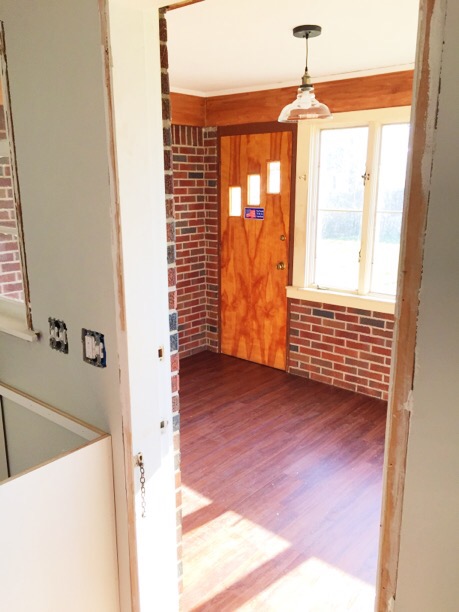 For the entryway I decided to go, as planned, with the World Market pendant. But, once it arrived, I had to finally admit that it was too big. So a last minute trip to Home Depot led me to this beauty:

In the dining room I just couldn’t make a decision. I wanted something a little funky/different but mainstream enough that most renters could get behind it. In the end I found this industrial barn light for only $29.99 at Home Depot and I think it fits the bill perfectly. 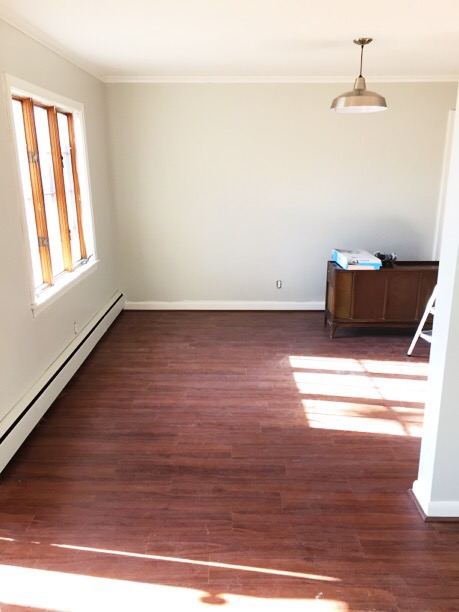 I apologize for the picture quality, but taking pictures is an afterthought for me these days. I’m just trying to get as much done as I can each time I’m over there, and I always end up snapping a few photos on my way out and I’m always in a rush.

We finally found some amazing electricians to install everything and also finish off all the work from the prior guys.  Our previous electricians did a poor job–they cut all the wires in the kitchen which led to almost nothing working in the rest of the house. Our new electricians, Dick and Rick (no joke), were able to finally sort it all out and installed new outlets and switches (all up to code) throughout the entire house.
One trick I learned from Dick and Rick that I thought worth passing along: install the outlets that are operated by a switch upside down so that you can easily find them in a room.  Genius. 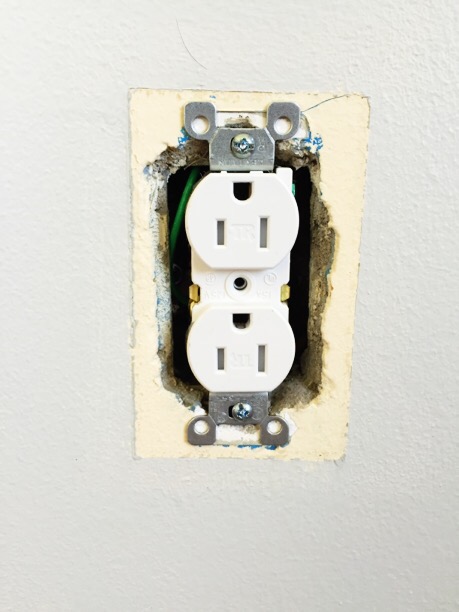 The kitchen counters go in tomorrow and we’ve already got some appliances in.  Next big decision? Exterior trim paint. I’m thinking dark and moody–maybe something to tie into the dark bricks? 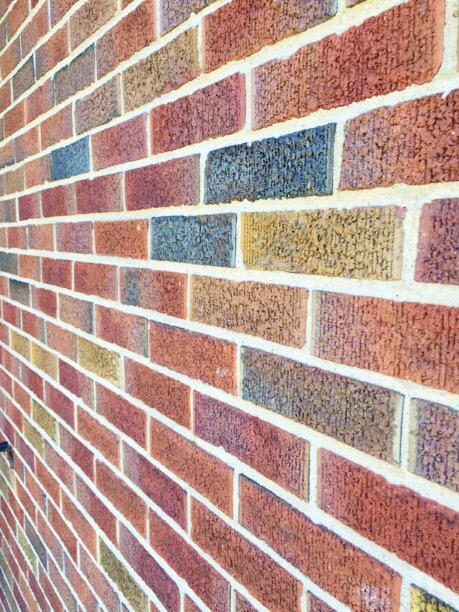 Think on that and let me know .  . . I’ll post some inspiration photos soon and a little mock-up I did.