Even though I know the calendar says that Baby B is only three months old, my back and arms say he is closer to nine months. This kid is BIG. Total contrast to his big sis who was still a peanut at three months.

He definitely is in the midst of a growth spurt and he’s working his way through clothes like it’s his job.

He loves to chat away, especially when talking to the “other” Baby B in his play mirror.

And he’s making a valiant effort at rolling over–he can get onto his side and he’s somehow able to spin around in circles.  Which is pretty much more than I think I could do right now from laying flat on my back.

He is still super smiley and really chill. Just goes with the flow most days, which fits our family great at the moment since we never know which way we’ll be flowing on any given day.

And his biggest fan is still his big sis (we have to constantly remind her to be gentle and not squeeze too tightly; plus, she is itching to carry him by herself. Oy!) 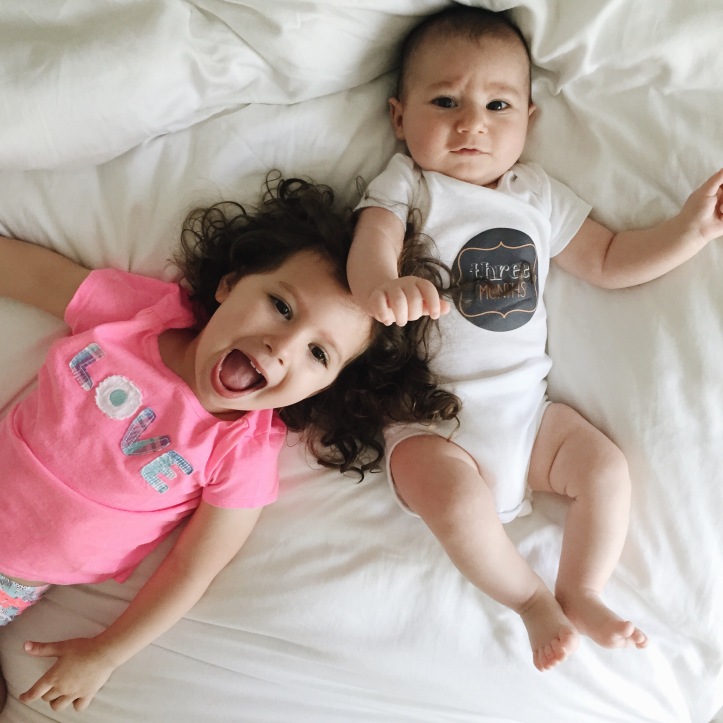