Everyone told me it would go fast–friends, family, even strangers. When they saw my pregnant belly, they offered their unsolicited two cents: enjoy her as much as you can because before you know it she’ll be grown. And of course I nodded and smiled, but like with much of the advice I received, I took it with a grain of salt and a new parent’s cluelessness that it would be different for me. And it was–in the beginning. The first two weeks of her life were the slowest two weeks of mine–I thought they were never going to end. Maybe because I was awake for most of them? Who knows. But they ended. And the next three years were gone in a blink. Everyone was right–kids grow so fast. 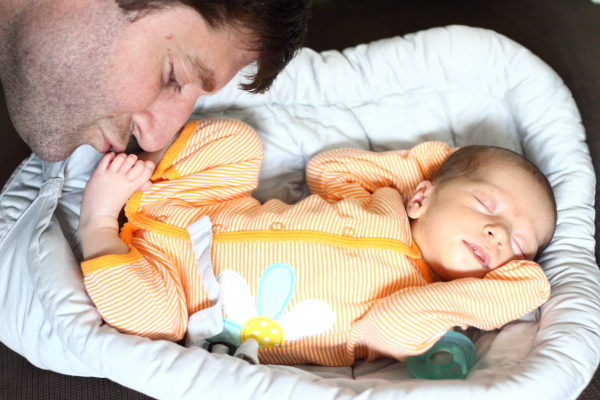 We celebrated her birthday with friends and family this weekend. She loves hosting parties and never wants them to end–having people at her house is pure heaven to her. But people over AND cake? It doesn’t get any better than that. 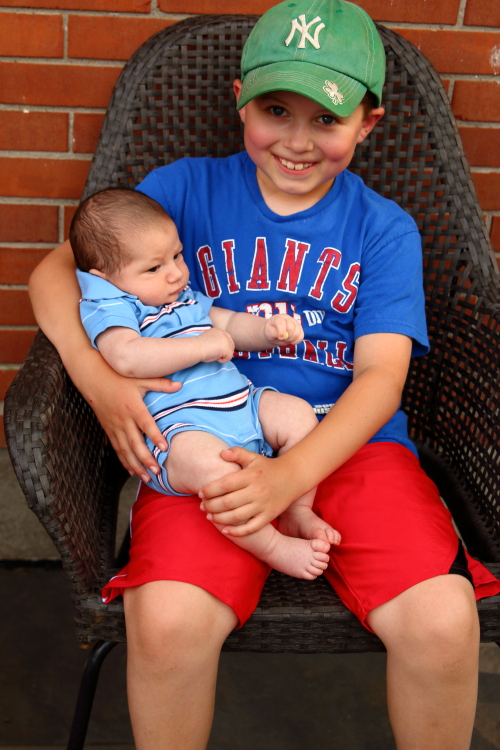 Mr. Bunches and I marveled at how much our little baby has changed–no longer dependent on us, but increasingly self-sufficient. She was in her glory when she saw that she could reach all of the chips, popcorn, and pretzels herself. She made sure to fill up not just one Solo cup but three with her usually-forbidden treats–if they were there, she was going to make the most of it. 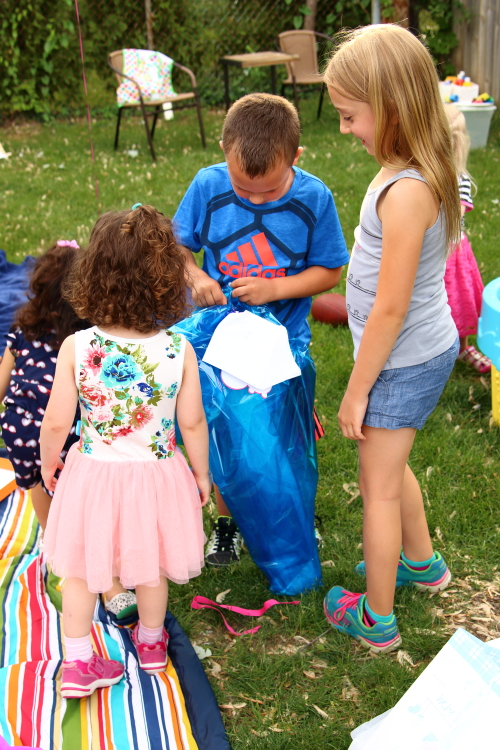 She eagerly helped set-up the party and waited by the front window for her first friend to arrive–running outside with squeals of joy. 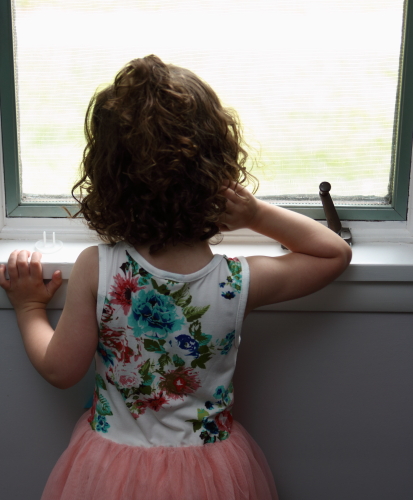 We set up an art party–when you fail to make any plans until a week before the event, you go with what’s easy.  So we created a huge canvas on our back fence and let the kids (and some adults) go wild. 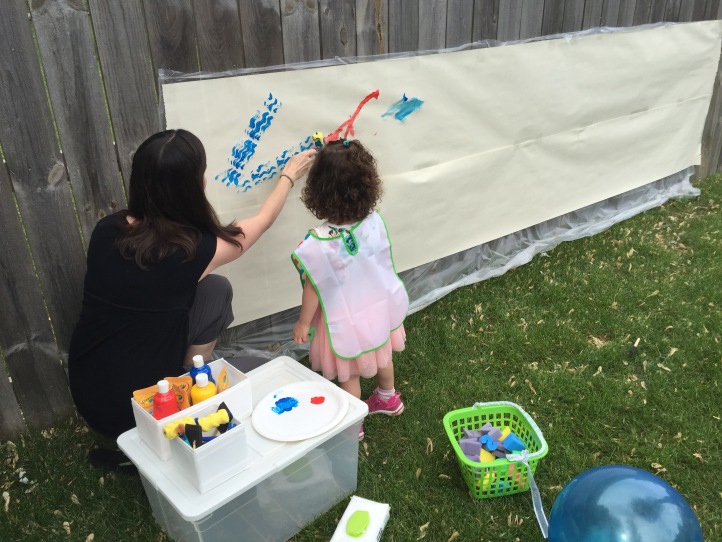 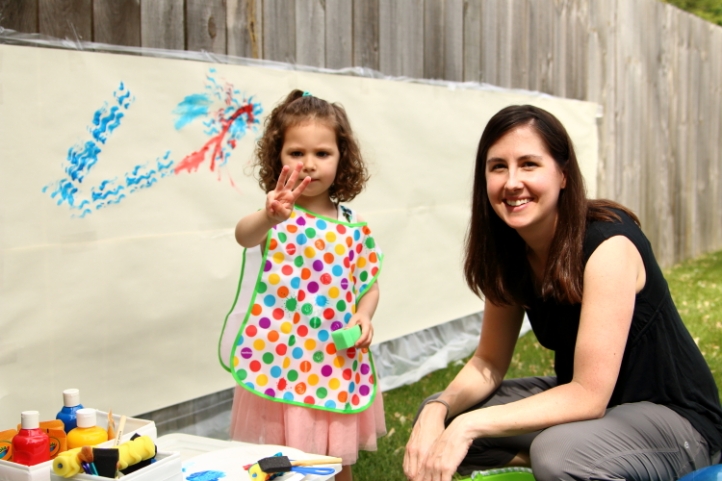 I loved the end result. 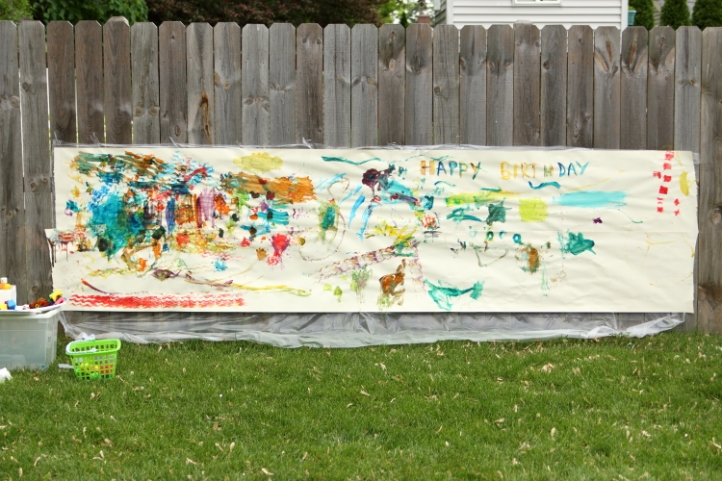 Happy Birthday Mini Bunches!  You are an absolute joy every day, and I can’t believe how fast the past three years have gone, but I’m so excited to see what the next years will bring . . .