Yes, so I get that this post isn’t exactly timely in lieu of the fact that our Mini Bunches arrived a few weeks early (more on her here); but, better late than never has become my new motto (and for those of you who have sent baby gifts, please understand that the motto applies to thank you notes as well–they’re coming, I promise!).

So here’s just a quick post about our last major outing before Mini Bunches arrived . . . where to?  Toronto!  Yep, we didn’t want to travel too far from home given my ginormous state  (I was 33 weeks pregnant at the time) . . .

So we just drove a couple hours north to the bumping metropolis that is Toronto.  But, of course, what trip to Canada would be complete without a little trip down memory lane for Mr. Bunches?  First stop: Port Credit, Ontario.

Mr. Bunches played hockey here as a kid and had very fond memories of the place.  And I can see why–it was freaking adorable!!  We just might have to move there, especially because directly across from the hockey arena was a rowing boathouse–I mean, could it be more perfect for the two of us?  Oh, and there was also a super rad playground that I’m sure Mini Bunches will just love some day . . .

Yeah, we were those people. 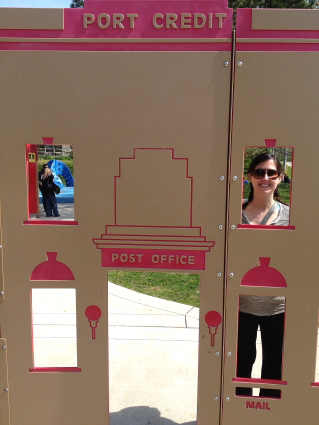 It was really neat seeing the rink where Mr. B used to play (and seeing him get all giddy about it to boot) . . .

We’ll definitely have to take Mini B there some day . . . and who knows–maybe she’ll be a hockey player like her daddy?

After our little detour, we took another brief one in St. Catharine’s and then another one in Burlington, Ontario.  We didn’t snap any pictures, but both were fantastic towns that I’m sure we’ll visit again.  We’ll be sure to take pictures when we go next time with Mini B.  But now, on to Toronto and our little adventure there . . .

First up: FOOD.  What else, right?  I mean, I was 33 weeks pregnant people!  And what better place to find food than the St. Lawrence Market . . . 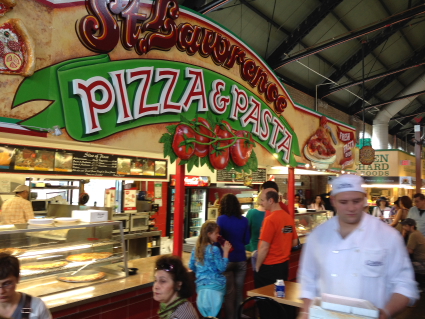 It was hard to decide what to eat with all those options, but we finally decided on some seafood at Buster’s Sea Cove (it didn’t hurt that the line for this place was about 50+ people long):

After we finished up at the market, we decided to just wander around the city and see what we could discover.  And what did we find?  Why, more food of course . . .

Yep, we discovered Marche, an amazing food market with basically everything you could ever want to eat . . . 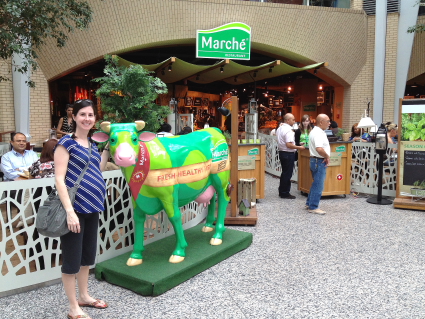 And then look at what we stumbled upon across from Marche: a hockey store!  Oh happy day for Mr. Bunches!

Of course, unbeknownst to us, the store was actually the gift shop for the Hockey Hall of Fame.  What a happy accident, right? 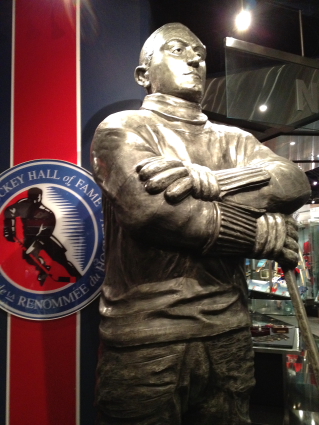 We got to see a lot of cool hockey stuff, like an homage to Wayne Gretzky, aka Mr. Bunches’ hero: 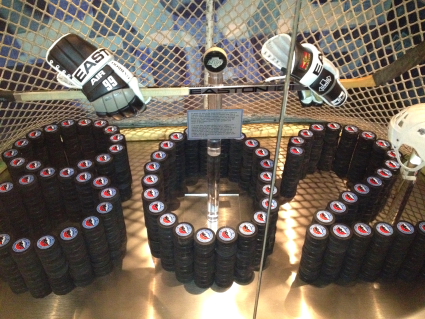 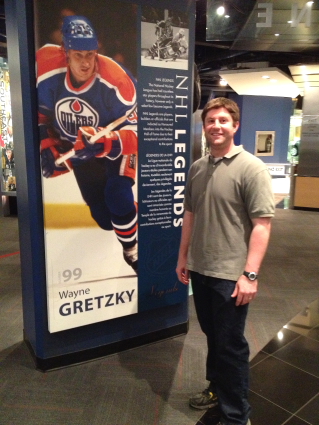 A mock-up of a pro locker room (I forget which team it was):

Some interactive shooting games for Mr. Bunches to relive his glory days . . .

And a little trophy that some of you may have heard of . . . 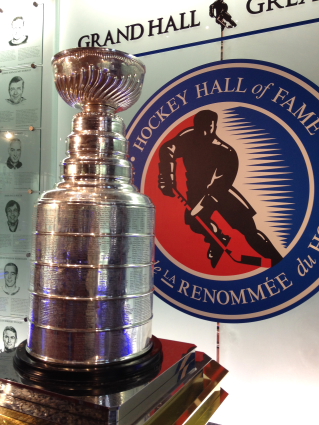 Yep–the Stanley Cup!  Turns out it only spends about 30 days a year at the Hockey Hall of Fame, but our timing was just right–lucky us, eh? 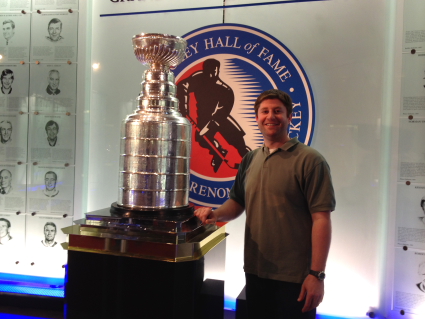 Not too bad, eh?  We were pretty jazzed.  Anyways, to wrap this up, Mr. Bunches took me to a fantastic Mother’s Day Brunch at One Restaurant.  I wish we had taken pictures, but we were a bit too hungry (again, 33 weeks pregnant folks).

So there you have it: our last big adventure before the greatest adventure yet . . .

C’mon–you know I had to throw in at least one picture of our Mini B!