We Are the Champions

By now you’ve probably realized that Mr. Bunches and I are pretty adventurous.  We scale mountains.  We replace toilets.   Mr. B runs hot routes.  But now we’re here to tell you that we are champions!  Er, well, sort of.

That is, if you’re definition of champion reads something like this:

So yes–we are declaring ourselves champions!  Huzzah.  Actually, we ran a 5k at the Ellicottville Fall Festival a couple weekends ago, and we did pretty well.  One of us even managed to finish 3rd in their age group, which meant we got a trophy (of sorts):

Okay, but we aren’t just writing this post to brag about how we did in a 5k.  That would be awful full-of-ourselves, wouldn’t it?  Kind of like writing a blog about ourselves as if other people could possibly be interested in our day-to-day lives.  I mean, that would be really over-the-top, don’t you think?   Jeez–I can’t stand people like that.
But back to us . . . after the race (sidenote: at the end of the race, the organizers had a cookout for the 300+ people that competed as well as their families.  And not only was there free food but also free beer.  Yes–free beer.  As many as you wanted.  No questions asked.  Life is good in Western NY.  Very, very good.) we attended the Ellicottville Fall Fest, and it was gorgeous!  Ellicottville is this quaint ski town just south of Buffalo.

Just look at how adorable some of the homes were: 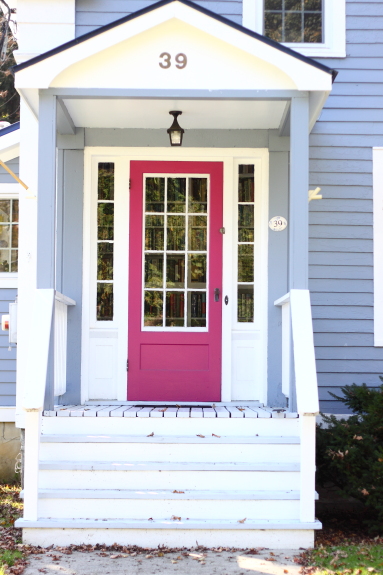 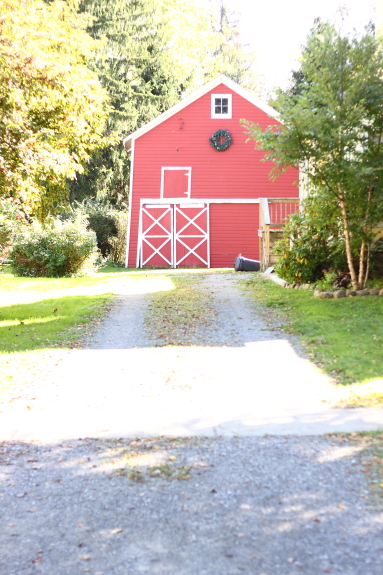 The weather was perfect–sunny and in the low 80s (not exactly fall weather, but we’ll take it).  And apparently, this is the festival to be at–there were a TON of people in attendance!

And also a boatload of vendors. 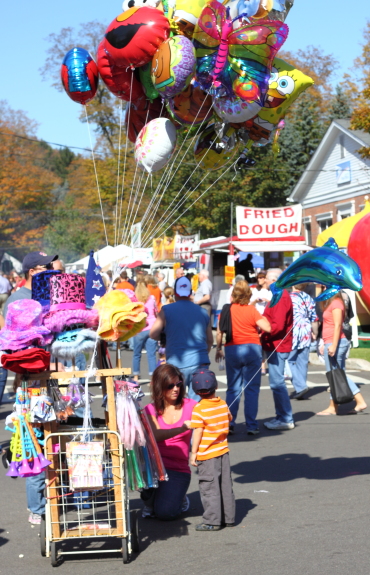 This one was by far my favorite:

Aren’t those designs great?  Some Googling turned up that the company is & Buffalo.  Methinks that Santa may have to bring some of these this year . . . ahem, Mr., ahem: Santa = you.
But not only were there some cool vendors, but also some yummy food.  I waited in line at Dina’s for some fan-tas-tic mac n’cheese (I did run a 5k after all).

While the Mr. opted for a more barbarian feast . . . 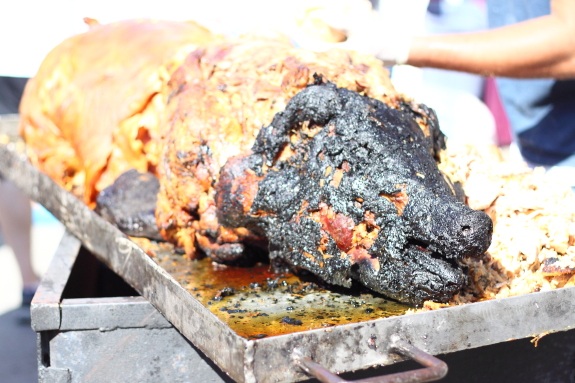 Either way, we both ate great.  And then it was ICE CREAM time! 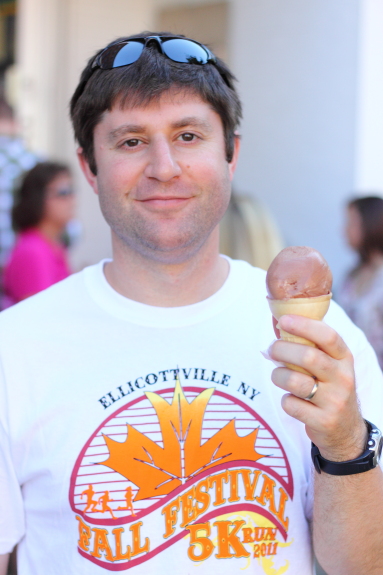 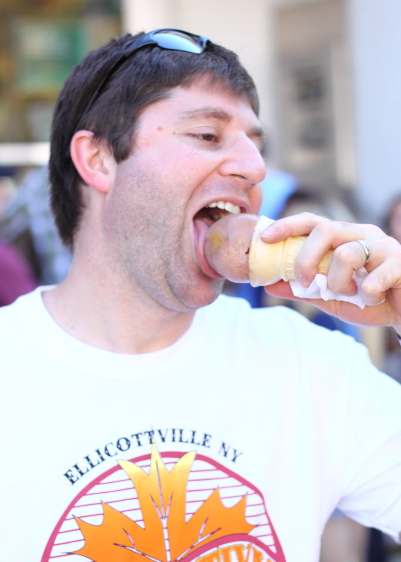 After the ice cream, we were pretty content, so we decided to do some shopping.  We had high hopes of getting Mr. B a set of skis at a reasonable cost (there were a bunch of ski swaps/tent sales going on), but apparently our idea of reasonable didn’t exactly jive with the going rate for ski equipment.  Apparently used skis average around $300!  We were thinking closer to the $100 range.  Apparently, we were wrong.  So we resigned ourselves to just having Mr. rent equipment the next time we went skiing, and we headed back to our car.  Sigh.
But on the way back, we walked by some yard sales in town (and you know how much I love yard sales), and guess what we found?!  Skis!!  Lots and lots of skis actually.

Apparently this woman finds skis and poles on the side of the road.  Apparently people just leave them there after they’re done skiing.  Apparently she collected them with hopes of making some sort of ski art.  Apparently, she’s what we call a ski-hoarder.  But, at only $20 a set, we were sold!  We checked them out, they seemed fine, and we figured, $20 isn’t that much money if they turn out to be somehow no good.  Skis for Mr. Bunches?  Check.

And this is what we ogled at on our walk back.  We’d been too busy running our hearts out earlier to really take a good look, but is that not the prettiest ski resort/golf course you’ve ever seen? 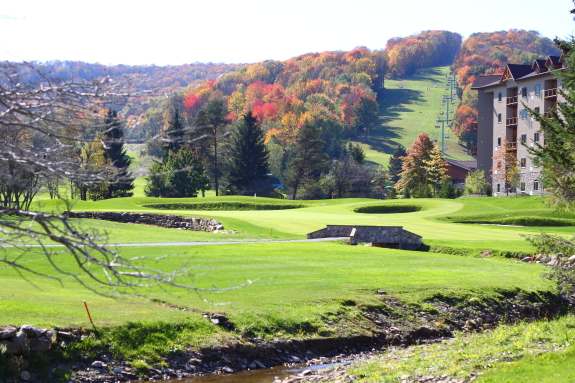 Turns out that it’s Holiday Valley Ski Resort.  Needless to say, we’ll definitely be coming back this winter. 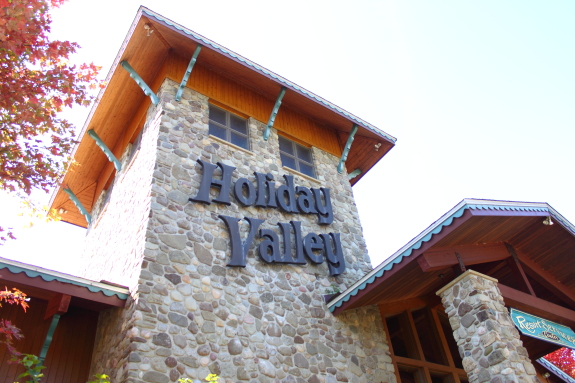 So since we’re still new here–should we be shocked about the free beer at post-race parties?  Or is that the norm?  Anyone think we’re crazy for buying $20 skis from a hoarder?