The last stop on our official Blue Monkey Tour was to Lake Powell, a two-hour drive from the Zion Ponderosa Ranch where we had been staying.  So we packed our bags, said our goodbyes to Zion and Bryce, and headed back on the road.  However, along the way, Blue Monkey Mike planned a mini-adventour for us at the Toadstools Trailhead (quick sidenote–this was one of the best parts of being on a guided tour–there was no way the Mr. or I would have known about all of these hidden gems) . . . 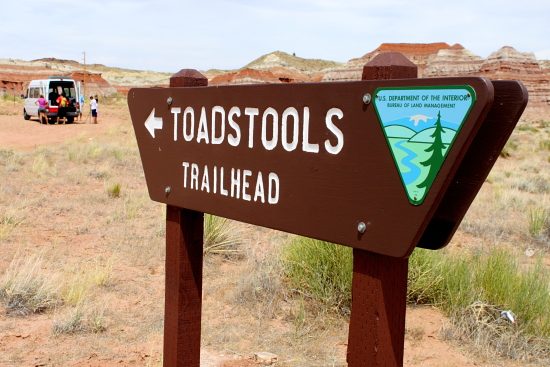 The hike was very short–only about a half mile through a dried-up riverbed, and we ended up here (can you find Carrie in this picture?):

The Toadstools had some incredible hoodoos (do you remember what that means?  If you were paying attention, I defined them for you here) and the colors were fantastic.  Also, anytime the wind blew there was this lovely sweet smell in the air; it took us a few minutes to figure out what it was, but eventually we discovered that almost all of those bushy plants you can see in the pictures were actually lavender! 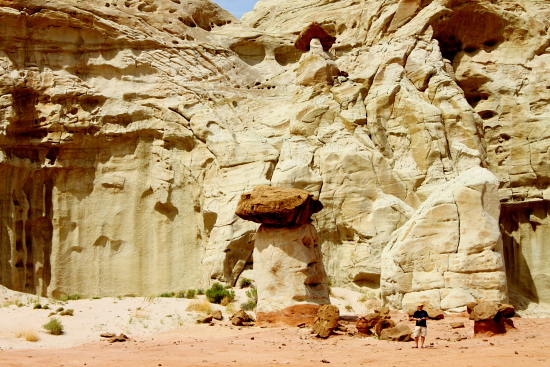 Did you spot the Mr. in that last picture?  Really gives it some scale, huh?  The Toadstools were pretty unbelievable, but since it was ~105 degrees out, we only stayed for a little bit and got in as many photo ops as possible . . . 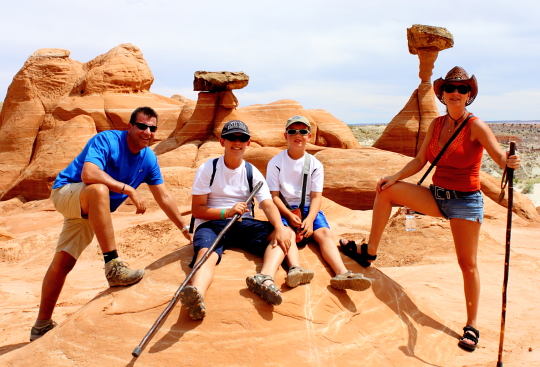 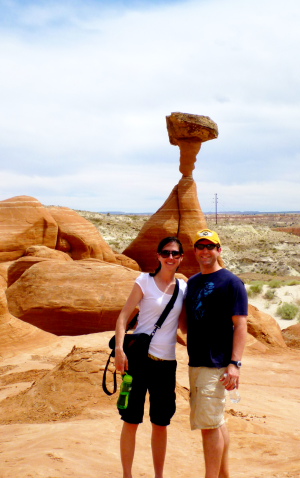 Just a quick stop, but well worth it!  Thanks Mike!!