Housing update from yesterday: no official word that we’ve got it, but the listing agent seemed agreeable to our offer and she’s just trying to get in touch with the board of directors for the church.  Sooo, we’ve scheduled a home inspection for when we get back (we leave tonight for a whirlwind trip out west–don’t worry, I’ll post all about it, hopefully along the way).  It’s looking good, but we’re not counting our chickens yet.  We’ll be sure to post as soon as we hear anything.

In other news, we’ve been busy enjoying everything that Upstate New York has to offer . . . we’ve taken two recent trips: one to Niagara Falls (more on that later) and another to the Adirondacks. . . ADK to the locals in the know (those are the ones with the 3-lettered stickers on their cars).  Our friend Dana was awesome enough to invite us to spend Memorial Day Weekend with her and her family at their estate near Old Forge, NY.  It was blissful.

It started with a tour of summers past by Dana and her cousin Gabe.  We got the full show, starting with the little island that they used to hang out at before they built their new home . . .

Isn’t that cool?  It’s part of Rocky Point Properties, a condo community that also includes a beach, volleyball courts, tennis (I think?), and the condos can all be rented out.  The Mr. felt right at home . . .

And Dana slipped back into old times . . . 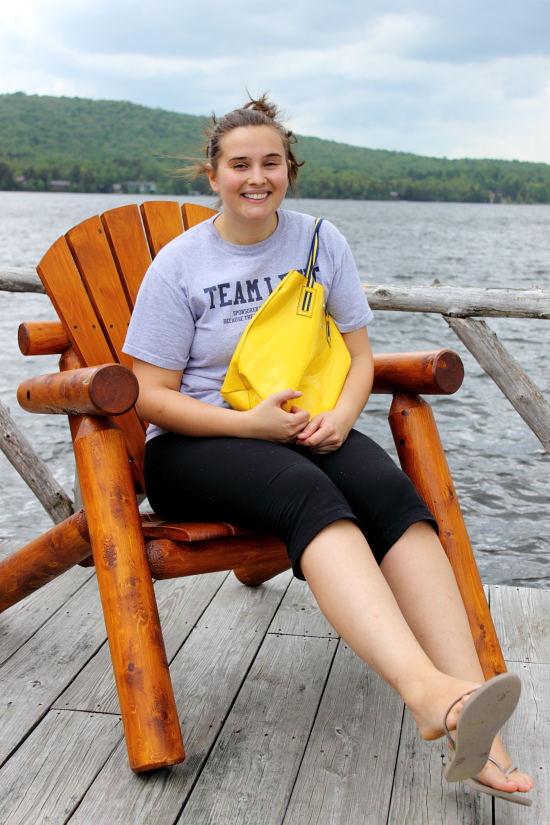 From there, we traveled on to the haunted hotel . . . legend (aka, our guides Dana and Gabe) has it that a young couple rented the entire hotel long ago for their honeymoon.  One night, the groom murdered his bride by tossing her out an upstairs window, and the place has been spooky ever since.  So yeah, we were basically uber brave when we threw caution to the wind and decided to take some posed shots on the Inn’s lawn:

And apparently there are some that don’t believe the haunted tale since the Inn was hosting a wedding that day (you can see the white chairs set up in the picture above).  Hopefully there won’t be a repeat of history . . .

Now that we were officially humored, it was time for a sweet treat.  On to Northern Lights, aka BEST SOFT-SERVE EVER (as voted by Dana and her family).  It’s located in the little town of Inlet (don’t blink or you’ll miss it).

The creamery had just opened for the season, so we were some of the first customers for the year! 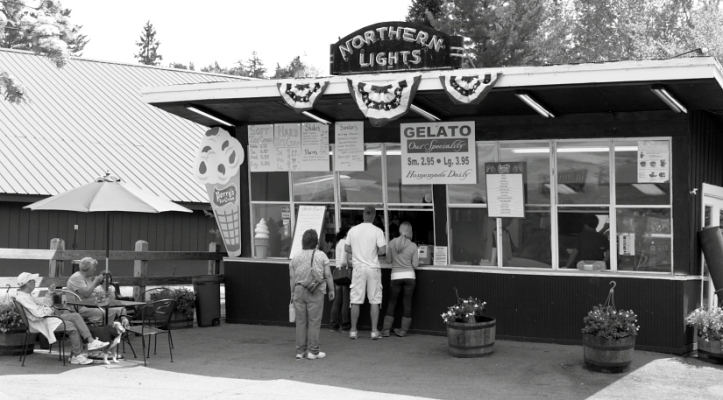 It was delish.  Chocolate soft-serve mixed with oreos and chocolate chips?  With a dash of patriotism?!  Yes, please! 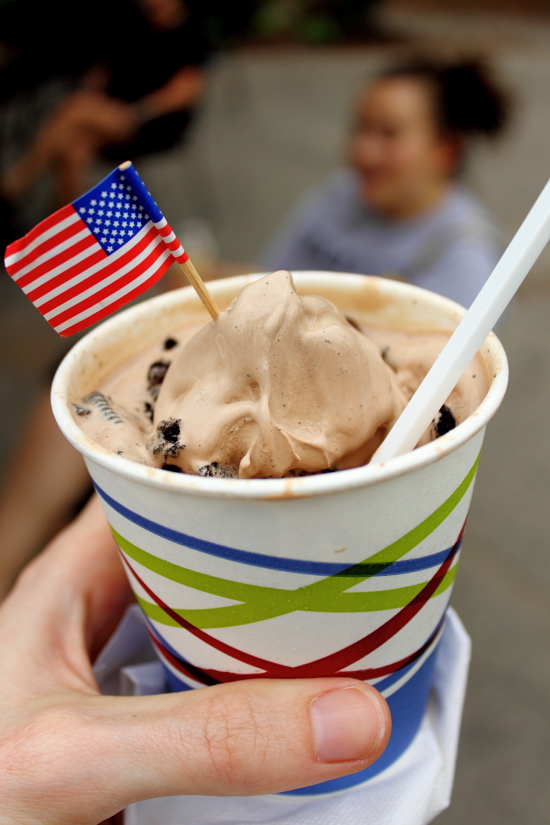 Once we devoured our ice cream, the tour concluded where it had begun, at the work-in-process home on Fourth Lake. 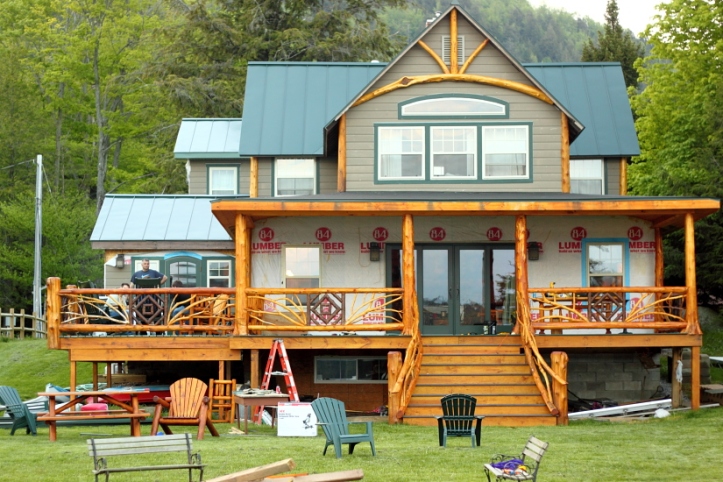 The house is fantastic–I wish I had a before picture to post, but they basically have renovated the entire thing and it’s truly a family affair (Dana’s parents, aunts, and uncles have done most of the work themselves). 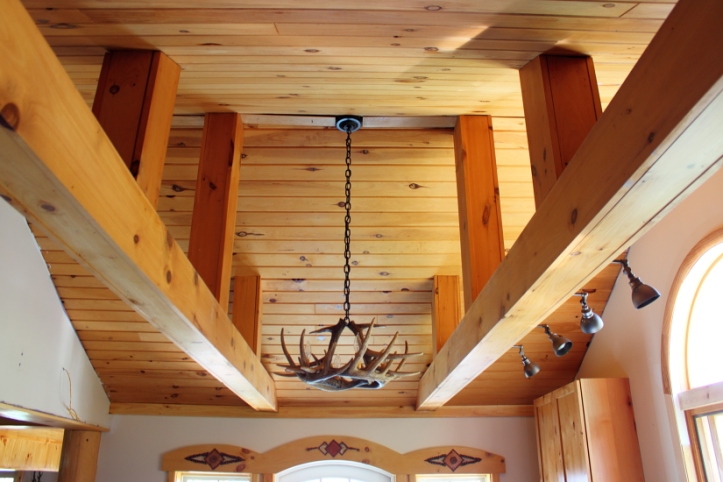 Aren’t the railings amazing?  They were made by a local artisan and definitely capture that Adirondacks feel . . . 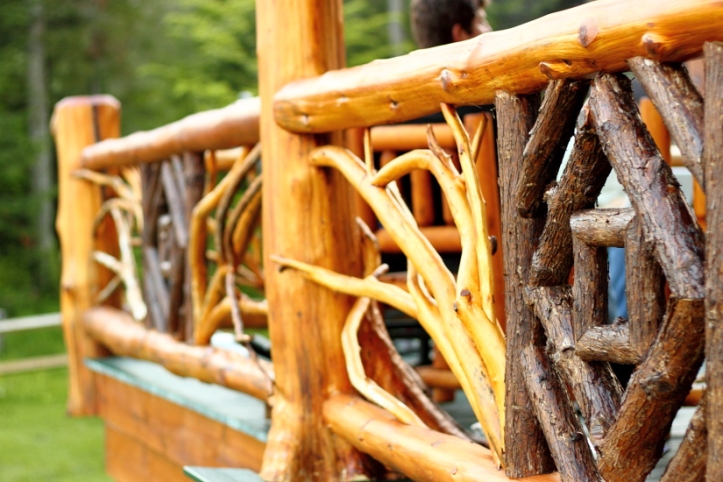 We spent much of our time at the house . . . relaxing, reading, eating, drinking, s’moresing (yep, that’s a word), and helping Dana’s family get some stuff done around the house.  The Mr. and I shellaced their swing set, and then the Mr. braved the frigid water to help put in the dock.

Brrr.  I was able to put my toes in, but that was as far as I got.  Apparently it takes a few weeks before the water warms up.  Good thing the Mr. was way braver, huh?

Instead of helping, I captured some family-fun time between Dana and her littlest cousin Nicholas: 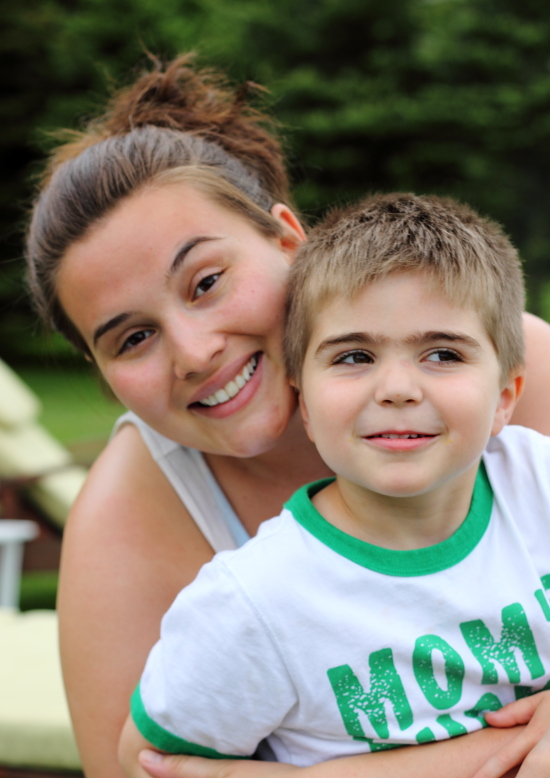 He and his brother were pretty hysterical and loved hamming it up for the camera. 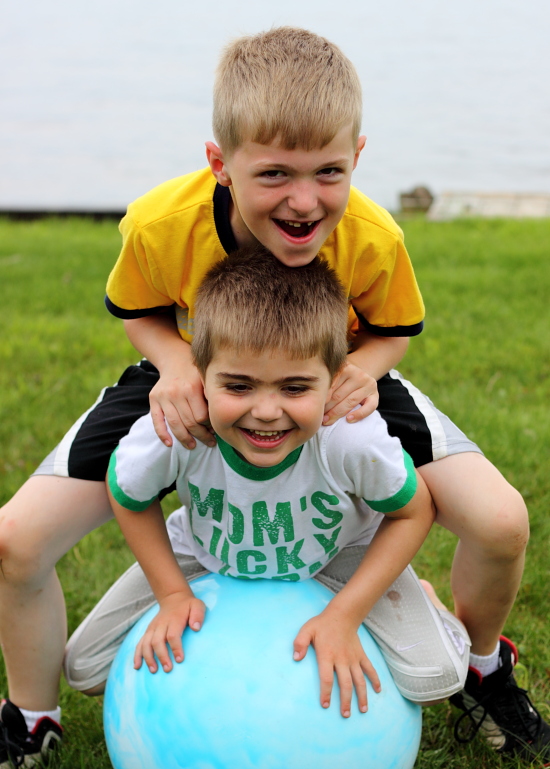 Don’t you love the missing front tooth?  Kind of gives him a pirate vibe . . . 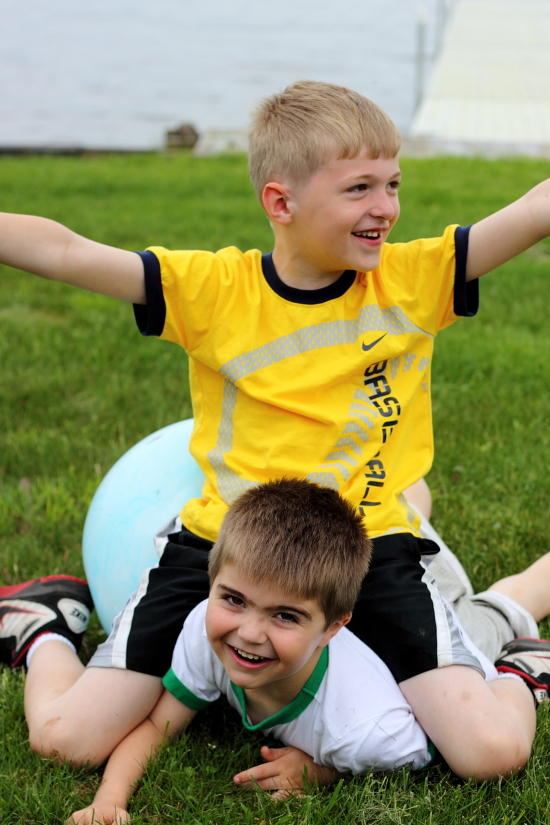 Once the dock was in, the rest of the time was just spent relaxing and enjoying the time away from the hustle that is our lives recently. 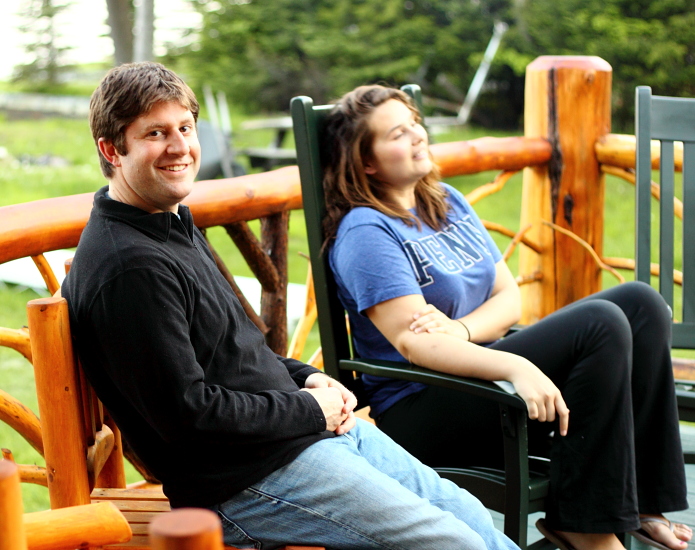 Like I said, there was s’moresing (I even managed to bring a new twist to the campfire that I learned from my soon-to-be-sister-in-law in Florida: spread both graham crackers with peanut butter, then add the chocolate bar and lay out a piece of aluminum foil big enough to wrap up the s’more.  Toast your marshmallow in the fire as normal, but then sandwich it in between the graham crackers (with pb and chocolate), wrap in the foil, and throw it in the fire, keeping in mind to put it somewhere you can easily retrieve it.  Wait a minute, then take it out of the fire, unwrap, and enjoy.  This method ensures that everything is nice and melty, ooey, and gooey.  Yum.)

We also had some dynamite eats thanks to this guy, the Big Green Egg

(and of course Dana’s Italian family made it all happen–gotta love hosts that can serve up a good meal, huh?).  You can apparently cook anything in it, but we had ribs and chicken.  Both were unbelievably good.

Thanks again Dana (and her family) for inviting us for the weekend!  We had such a great time!  (And maybe we behaved well enough to be invited back some day?  Hint, hint 😉 )