After the wedding was over I think we all breathed a collective sigh of relief . . . more for my sister than anyone else.  I know that after our wedding, a huge weight was lifted off our shoulders–it’s not everyday in your life that you plan a huge party for all your closest friends and family.  It’s a lot of pressure.  If you’ve done it, you know it.  But once it’s over, the memories are awesome.

Anyways, now it was time to visit WINE COUNTRY!!  I’ve always wanted to tour California vineyards, and my sister was all about it (the last time the 3 of us were in CA together, she and Mr. Bunches had a very romantic trip together touring wineries and driving along the coast.  Yep, just the two of them.  Tasting wine.  Sight-seeing.  Together.  Without me.  Not that I’m bitter or anything . . . ).

But before we got our wine fix in, we had a chance to actually spend some Q.T. with our California family members.  So, in true typical CA style, we hit the boardwalk . . . 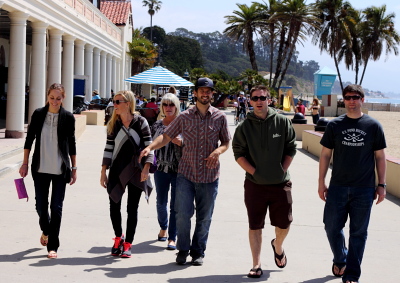 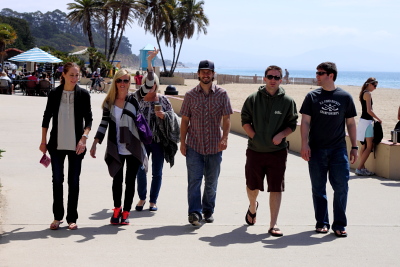 . . . and strutted our stuff.  Seriously, all we needed was an 80s boombox and we would’ve been golden.  Especially with Erin’s day-glo kicks ;).  Love my sis’ style!

But sadly, the visit was much too short . . . we got to snap some family photos and then we had to say goodbye. 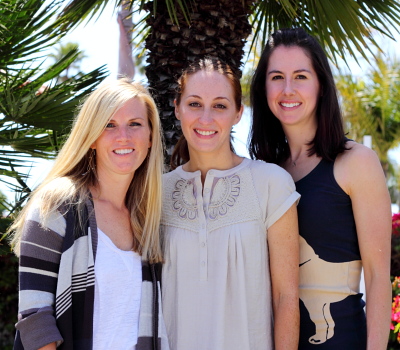 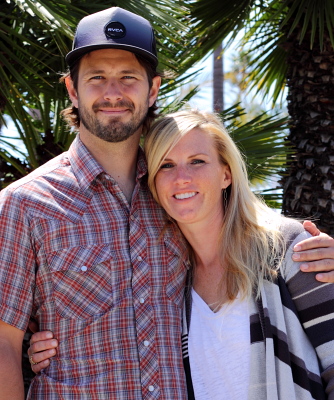 And look who was nearby . . . Uncle Tree and the gang.  So of course, they hopped in for a quick shot: 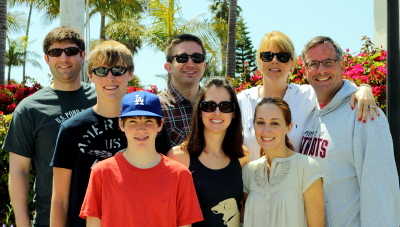 Once we said our goodbyes, we headed to wine country (after a quick stop first at the estate to drop off my sis’ new hubby).  Since we were there, I grabbed a few pics of the view–killer, right?

Finally, we actually got in the car and headed to Solvang for our very own Sideways adventure . . . 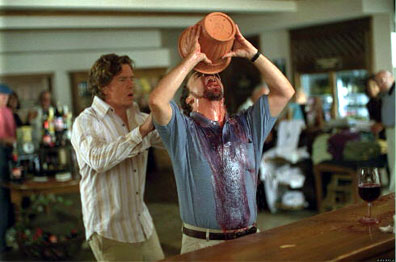 And no, despite the resemblance, that is NOT Vacation Bunches.

For those of you that haven’t been, Solvang is basically what I’m going to term Dutch-Adorable.  It’s kind of like visiting Disneyworld, minus the rides and cartoon characters. 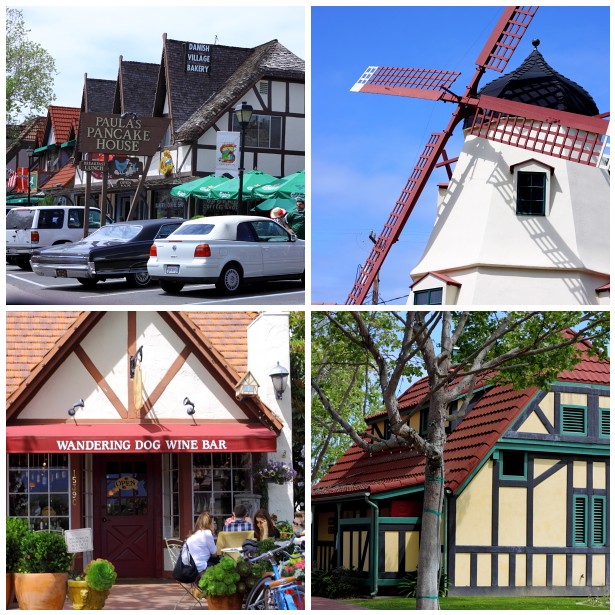 See what I mean: Dutch-Adorable, right?  Yeah–totally.  That last building in the pictures above is a public restroom.  Shocking, huh?

Anyways, we took a spin through Solvang and then headed out of town towards wineries–they’re basically everywhere, so no matter which road you go on, you’ll eventually run into some.  Our first stop was Rideau Vineyard.  It was sort of like going to your grandmother’s winery–it had fake grapes hanging from the ceiling, floral tablecloths, puffy-paint t-shirts for sale–you get the idea. 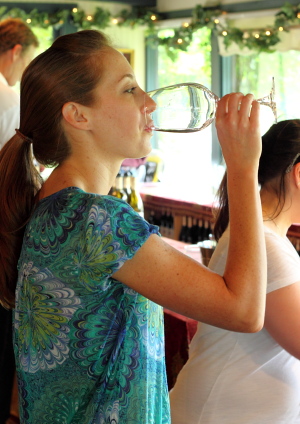 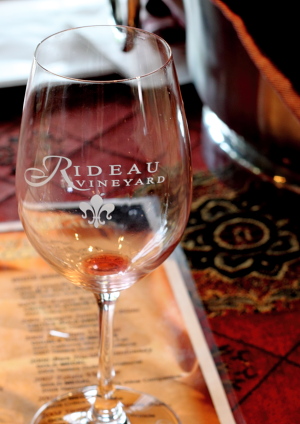 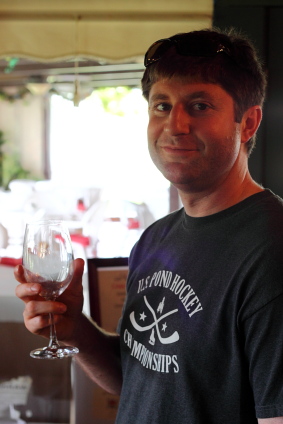 The tasting was $12 for 6 tastings, you couldn’t share a tasting (everyone had to get their own), and you didn’t get to keep your glass; just the memories.  Needless to say, we didn’t buy any of grandma’s wine, but it tasted pretty good.

Next, we headed on, but we barely made it a quarter mile before I spotted the teensiest, tiniest horses I’ve ever seen in my whole entire life (cue dramatics)–I had to get a better look, so I made the poor Mr. pull over.  The picture doesn’t do them justice, but the baby horses didn’t even come up to my knee!  They were like pocket ponies–you could just put them in your pocket and carry them around . . . 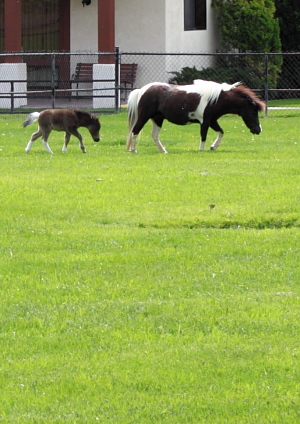 The ranch (Quicksilver) had just closed, so we didn’t get a chance to get near them, but oh my goodness they were cute!  All of us (we had friends with us too) were squealing in glee and doing our best to make horse-calling noises to get them to come closer, but we had no luck (clearly, we had no idea what we were doing b/c the horses didn’t even look at us).

Okay, so back to our Sideways tour.  Our next stop was Firestone (yes, for those of you who are Bachelor fans, that would be Andrew Firestone.  I know, I know–we need to start watching less trash on tv), but on the way, we had a special moment . . . 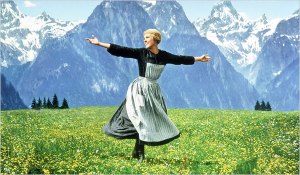 Well, we all but had to restrain ourselves from hopping the barbed wire and doing our own reenactment.  I’m not kidding–these hills were alive.  That’s right–alive with the sound of music.  (Cue soundtrack here.) 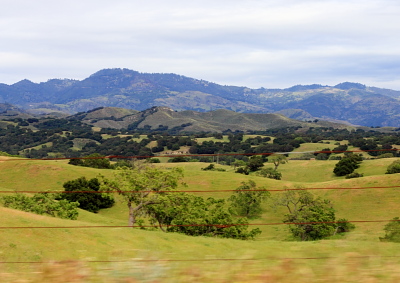 Got the song in your head now?  You’re welcome; I know from writing this post that it will stay in your head for about 2 days.  Again–you’re welcome.  The countryside was just so dang beautiful.  Incredible.  And Firestone was impressive–it was huge, and very much more commercial than Rideau had been.  Again, it was 6 tastings for $12, and another $2 if you wanted to take the glass with you.  The Mr. and I split a tasting and then bought a bottle of the 2007 Cabernet . . . ya’ know, ‘cuz we’re classy like that. 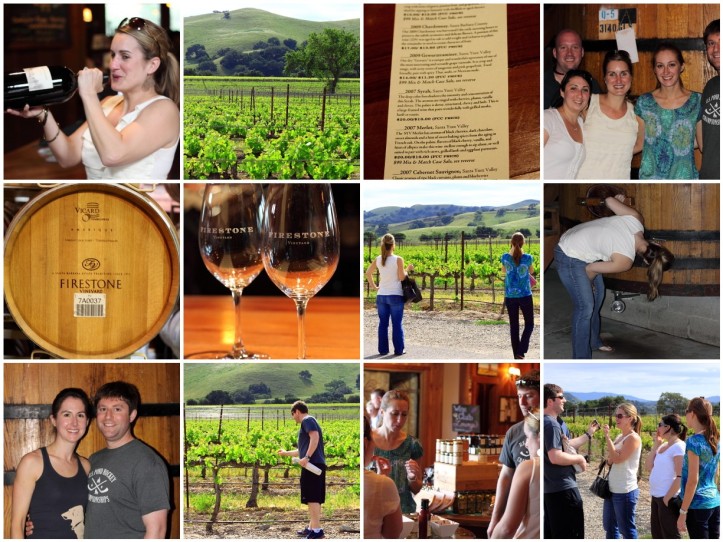 It was getting late, and so we hurried on to try to fit in one more tasting (the vineyards all close around 5, which seemed ridiculously early to us, particularly because every one we went to was packed with people–the entrepreneurs in us were smelling opportunity: maybe we should buy a vineyard and be the only one open until 8?  We’d clean house!  Oh yeah, except that we just moved to Buffalo–doh!).  Up next: Fess Parker.  And, of course, since none of us are that old (sorry older readers), we didn’t even know Fess Parker was a person, let alone this person: 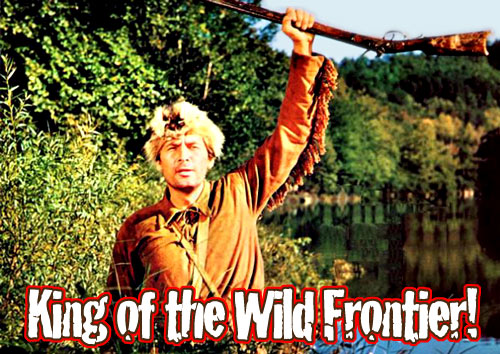 (To be totally honest, only just now in writing this post did I learn that Fess Parker was the King of the Wild Frontier.  That makes the whole ‘coon hat thing make more sense.  Yes–lightbulbs are going off.  Got it.  I wasn’t in my most observant frame of mind, if you catch my drift, when we were at the winery.  Oh, and now, you’re welcome for having that song in your head . . . )

Fess Parker Winery was by far my favorite; now, whether that was because I had just tasted 12 wines and was feeling goooooood, or whether it was because it was noticeably more relaxed then the other vineyards, I’m not entirely sure.  But you probably have a guess, huh?  Anyways, the tastings were encouraged to be shared, they were only $10 for 6 wines, and the glass came with it!  And that was kind of a big score, because check out how cute the glass is: 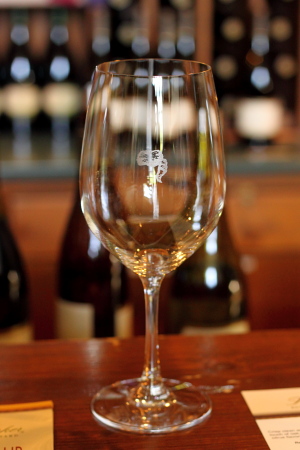 Yeah, that’s a COON HAT on that glass.  Just like this one: 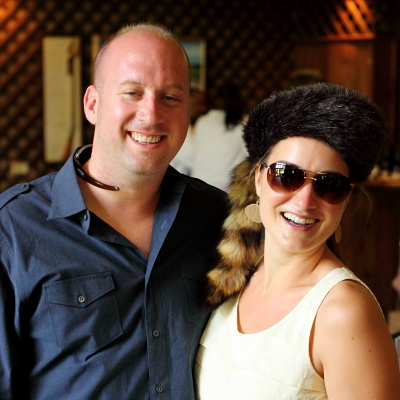 Gotta’ love it.  We had a great time there, and the Mr. and I bought another bottle to add to our collection.  This time, a 2008 Pinot Noir (so yeah–I’m entirely guilty of buying into the whole Sideways movie thing of how great Pinot Noir is; I used to be a big Merlot fan, but since that movie, I stopped drinking it.  Way to have a backbone, huh?  Apparently I’m a total sucker for what basically boils down to good product placement). 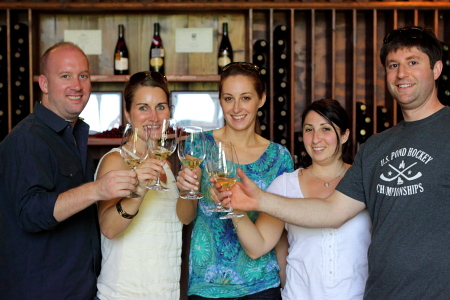 While the wine and atmosphere were the tops, the icing on the cake was the backyard . . . the Mr. and Jen apparently not only share a love for all things Disney (both being alums of the summer intern program), but also for green grass: 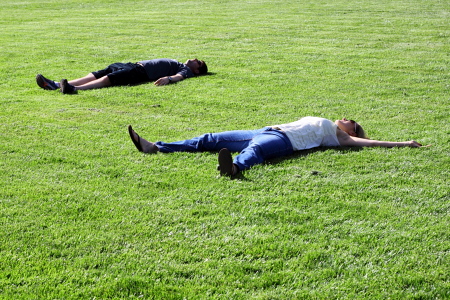 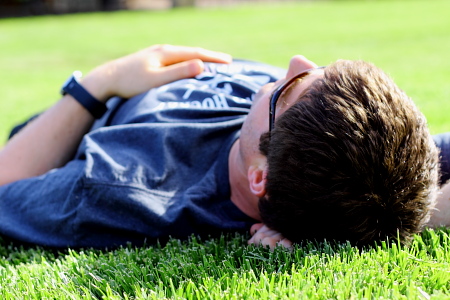 No?  Well, I do . . . he never ceases to fascinate me.  So yeah, nothing can really compare to tasting good wines, the company of great friends and family, and ending your day in soft grass staring at this . . . 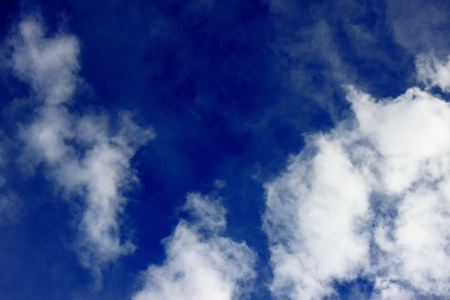